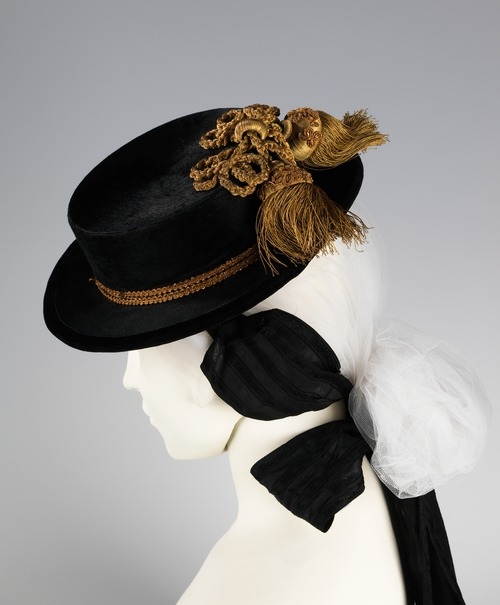 Hat via The Costume Institute of The Metropolitan Museum of Art

“This style is known as a sombrero cordobés, a form that originated in the 17th century among Andalusian field workers, the stiff brim functioning to shield the wearer from sun and rain. It later became associated with Flamenco singers (cantaores) , horseback bullfighters (rejoneadores), and Latin equestrian apparel. The sombrero cordobés or Cordoban hat has become as iconic in Spanish culture as the mantilla and large ornamental hair combs.”

I want to make one!